IELTS speaking part 3 takes about 4-5 minutes to finish. Here the examiner asks you questions related to part 2.  The conversation...

IELTS speaking part 3 takes about 4-5 minutes to finish. Here the examiner asks you questions related to part 2.  The conversation is more general, abstract and, you will be expected to give answers in greater depth than in part 1.

Many students think part 3 is challenging because they don’t know what to expect. However, we do have a way to face this unpredictability: we found some common question types that are fairly recurrent in IELTS Speaking Task 3.

Let us take a look at the types of questions you can expect at the Speaking Test 3:

Q1.) What are some of the ways people can help others in the community?

As I see it, there are many ways one can help the needy, but the best way is by making charitable donations. People can choose a charity and simply donate a sum of money and leave it to them to help others in need. For instance, I recently gave money to an orphanage. I don’t have time to help them personally, so I’ll leave it up to them to use the money as they see fit.

Q2.) Some people say that people helped others more in the past than they do now. Do you agree or disagree?

I don’t think so. When it comes to my parent’s generation I think they are quite sceptical about helping other people in the community, but my generation are regularly doing things to improve it, such as volunteering for various environmental and charitable organisations. Young people are actively encouraged to help out in the community and I don’t think this happened in the past, so I’m afraid I’d disagree.

Q3.) Some people say that working from home will be quite common in the future. Do you agree?

It is foreseeable that more people will work from home in the future. If the internet becomes faster and there are more programs, such as Skype, that allow people to work from home more easily, I’d predict that more people will stay at home. If you think about it, most people don’t need to be physically present to do their jobs and I envisage that face to face meetings will be a thing of the past.

Q4.) How does advertising influence what people choose to buy?

I think advertising has a big influence on what people purchase and often leads to them always sticking with the same brand. For example, I always drink Coca Cola and I believe this is because I grew up watching all those ads on TV and I instinctively buy it as a result. I mean, why would companies spend so much money on adverts, unless it led to more sales?

Q5.) If you could choose any country to live in, where would you choose?

If I could live in any country, I would probably choose Australia. The weather is great; the people are super friendly and just imagine living beside all those beaches. If I could choose another country, it would have to be Italy, for the architecture, the culture and its fascinating history.

Q6.) Do you think primary school children should learn a second language or should they wait until secondary school?

It’s obvious that the earlier children start a language the easier it becomes in later life. However, some parents might think that subjects like maths are more important than languages at primary level. They may also think that a foreign language is less important than their first language and this should be prioritised.

Q7.) How has teaching changed in your country over the past few decades?

In the past, teachers simply lectured students and the students just listened to what they said. We were given lots of facts to learn and there was no room for creativity or freedom of expression. I remember learning lots of things without thinking about the theory behind it. Now, there’s been a movement towards students thinking for themselves.

How to Answer the Questions

One thing you should not do is start every sentence with ‘I think…’ or ‘In my opinion…’ The IELTS examiner will be looking for how you vary your language. Below are a number of ways you could do that:

If you feel very strongly about something you could use:

If you are less sure about your opinion you could give a weaker opinion by using:

In these kinds of questions you will be asked what you think about someone else’s opinion. You will therefore need to use expressions that allow you to agree or disagree.

For agreement you can use:

I couldn’t agree with you more.

That’s exactly how I feel.

No doubt about it.

I suppose so./I guess so.

You/they have a point there.

For disagreement you can use:

I don’t think so.

I beg to differ.

I’d say the exact opposite.

That’s not always the case.

Remember that you will have to extend your answers with explanations and examples.

You are often asked to predict how a certain topic will change in the future.

It is predicted that….

It is likely that…

It is probable that….

It is unforeseeable that….

As always you will have to explain why you think this will occur in the future. You may also want to use future conditionals to extend your answer.

You may also be asked to discuss what has caused a certain situation and what effects this has. This language will also help you in IELTS writing task 2.

To talk about cause and effect you can use:

These are just some examples and the form of the words may change depending on the words around them in the sentence. Only use them if you are sure your sentences are grammatically correct.

The second conditional is used to talk about ‘unreal’, ‘unlikely’ or ‘impossible’ situations. You might get asked a question about an ‘unreal’ situation, for example ‘If you were mayor of your city, what would you do to improve it?’

The grammar we use for this is:

To compare two things, use a comparative adjective + than e.g. He’s taller than his sister.

Some comparative adjectives are irregular:

For short adjectives, add –(e)r. If they end in –y change to –ier. For example:

For longer adjectives, use “more”. For example:

We may use the present perfect continuous to talk about something that started in the past and continues up until the present. Example: They have been developing the city centre for the past five years. For this tense we use the structure has/have + been + present participle (verb-ing).

Used to + infinitive to talk about past habits or states that are now finished.

Would + infinitive to describe past habits.

Past simple to talk about things you did in the past that you no longer do or are no longer true.

Past continuous to talk about the background of a story or how you felt at a particular time.

Past perfect to say something happened before something else in the past.

In addition to knowing the topics and questions of IELTS Speaking Part 3, you must also understand that it is a spoken test and therefore, you must work on your pronunciation and speed. Let a personal trainer evaluate your practices so that you know where exactly you need to focus. Remember, a good score in IELTS is all about well-rounded practice. 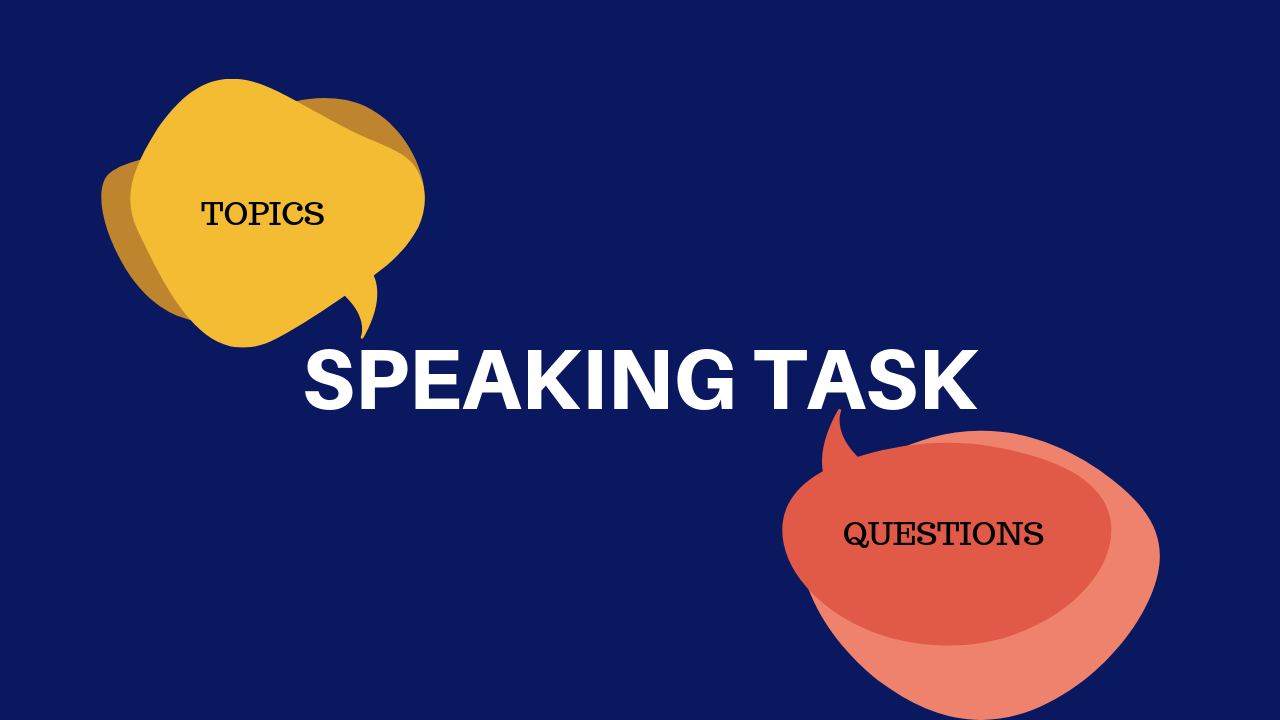 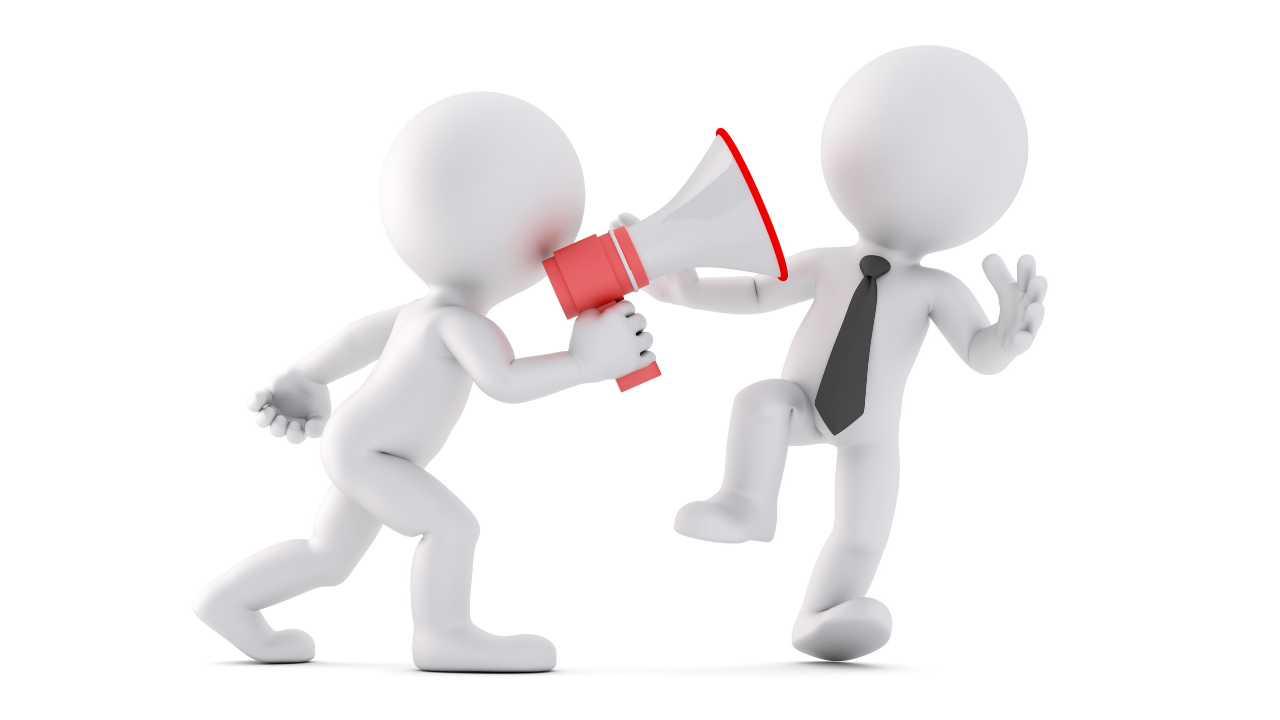 How to become good in IELTS speaking task 2?