If you are in the middle of the preparation journey for the upcoming IELTS examination then you must be aware that practising... 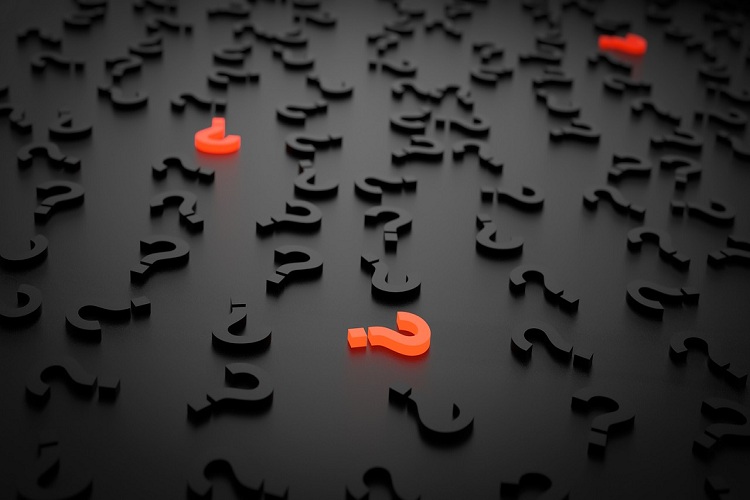 If you are in the middle of the preparation journey for the upcoming IELTS examination then you must be aware that practising is the only way to secure a good score in the test. Like all the other sections of the test, the writing section also demands a lot of practice.

Below mentioned are recent 100 IELTS essay questions and topics that will be beneficial to get band 9 in essays if practised properly. So, let’s take a look.

Below are the IELTS topics aspirants should be prepared for as these are the topics from which they can expect IELTS questions.

5. Some feel that it is justified that – Successful sportsmen can earn a great deal more than people in other important professions, while some others do not support it. Discuss both the views and put your own opinion.

6. Some feel that national borders will always remain while others think that in the near future there will be no borders between countries. Discuss both the views and put your own opinion.

7. According to some, the cost of space exploration is far too high for the profits it brings while others think that no matter what, the space programmes should be continued. Discuss both the views and put your own opinion.

8. There are people who believe that advertising has a strong effect on a person’s decision-making process while some live with the view that it has little to almost zero impact. Discuss both the views and give your opinion.

9. Every human can create art or only people with special talents can create those. Discuss both the views and give your opinion.

10. The media has the strongest impact on people’s lives or is it the politicians?

11. The primary function of a university should be to prepare students for the working world or should it provide knowledge?

12. Some think that the teenage years are the happiest times of most people’s lives while others believe adults live the one that brings more happiness even though there are huge responsibilities.

13. Views for and against co-education.

14. People chose to spend their whole life doing the same work while some belief in risk-taking and think that change is a positive thing.

15. The issue of global warming should be dealt with by the government or every individual should take responsibility.

16. A sense of competition or co-operation should be encouraged in children.

17. Economic development is the way to end poverty or is it damaging the environment.

18. New houses should be built by following the pattern of old houses or people should be free to choose their house pattern.

19. Many people prefer to spend their leisure time with their colleagues while many chose to keep their private and work life separate.

20. University students should be free to study as they wish or should be allowed to study only those subjects which will be beneficial for their future.

22. While many governments put extra focus on economic development, many people think that other types of progress are also necessary for the betterment of a country.

23. Many go by the customer reviews on the internet for making a purchasing decision while others think this might not be the right tool for deciding upon a purchase.

25. There are many choices to make in today’s world.

26. Hope and the workplace should be organised and tidy.

27. All jobs can be performed equally well by men and women.

28. Students should get a university education at free of cost.

29. As far as the working environment is concerned, open-plan offices are better than normal offices.

30. School leavers generally take a year off in many countries after finishing their school and starting their university studies.

31. Equal numbers of male and female students should be accepted by universities in all subjects.

32. The popularity of online shopping these days will bring an end to high street shops.

34. Only a difficult hobby can be enjoyable.

36. People who live in prison end up becoming good citizens.

37. A person’s bringing up matters in his/ her success.

38. Cooperation on an international level is required to deal with environmental problems.

39. AI robots will be performing all the jobs in future.

40. Children getting pocket money every week face less trouble in money management in their adulthood.

41. Reading in my free time indicates having a better imagination power than watching television.

42. Senior managers should get better salaries than the rest of the employees.

43. Considering plastic shopping bags as the leading reason behind land and sea pollution, these should be banned.

44. Job satisfaction is more important than a better salary.

45. Educating people about healthy eating is the best way to tackle the problem of obesity.

46. Advertising is the foremost reason for the rising sales figure for consumer goods.

47. Pollution from cars is the main reason for global warming.

48. To run a business successfully marketing is the key.

49. Computer games have only negative effects on kids.

50. Genetically modified foods are the solution to feed the ever-expanding population.

52. The quality of life is degrading in many large cities.

53. People know only a few of their neighbours these days.

54. Many people still live in hunger even though the agricultural industry is making progress.

55. People spend most of their daily time outside the home.

56. The crime rate is increasing in many countries.

57. More rubbish is being produced these days.

58. The tradition of having family meals together is disappearing in many countries.

59. Many young people of these days won’t be able to buy a house.

60. Kids spend a lot of time on social media platforms.

62. In the countryside, people are leaving their homes by moving to city areas.

63. These days people are more stressed than before.

64. Global warming is one of the most serious issues the world is facing now.

65. The average weight is increasing in people.

66. Animal hunting is leading to extinction.

67. The museum is visited by fewer people these days.

68. People tend to play sports when they are young and then stop when they become an adult.

69. The increased amount of privately owned cars are having a bad effect on towns as well as on the environment.

70. The gap is increasing between the rich and the poor.

71. Many people can travel abroad due to low airline costs.

72. People can easily take loans or get a credit card.

73. Many use the internet as their main educational resource.

75. School students are required to wear a uniform in many countries.

76. Being a celebrity singer or actor.

77. Many museums require a fee while many are free to enter.

78. Many people are capable of affording a car.

80. More people are opting for ready to eat foods than freshly cooked meals.

82. According to many, dues to globalisation, the cultures of different individual countries are being lost. What does think should be done to protect the tradition?

83. Children often find history lessons to be very boring. According to you, how history can be made alive by schools for pupils?

84. Many years ago, it was assumed that humans were making progress in all aspects of life but today, the certainty in this matter is very less. According to you which are the areas that have been most developed and which areas need more attention?

85. It’s seen many times that students performing badly at school have become successful adults. What do you think are the required qualities to perform well at school? To be successful later in life, the same qualities will be helpful?

86. As people are able to buy the same items anywhere in the world, nations are becoming similar day by day.

88. Parents employ private tutors for their kids after school hours.

89. Customers opting for shopping malls are becoming the reason for the closing of many local shops.

90. In the modern age, people are choosing to wait until their thirties to get married and have kids.

91. Many people are leaving the countryside. What can be the reason? According to you, is it a positive or negative development?

92. As people spend most of their lifetime at work, job satisfaction plays an important role. What do you think to make people satisfied at work? How realistic is it for each and everyone to feel satisfied?

93. Technology has changed people’s way of interacting with each other. In what ways has it changed the types of relationships? Is it a positive or negative development?

94. Technology has made people forget basic skills. What is the reason? Is it a positive or negative development?

95. Punishment is required to teach kids the difference between right and wrong. You agree to disagree to what extent? What sort of punishments according to you should parents give?

96. Many people work from home today due to the advancement of technology. What is the reason behind this change? Is it a positive or negative development?

98. Men’s sport gets more attention than women’s. Why does this happen? Is it a positive or negative situation?

99. Many people struggle to manage their money. According to you what skills are required for accurately managing money? Who should be responsible for teaching children these?

100. Do you agree or disagree on the belief that governments should take an active part in reducing air traffic by adding more taxes? According to you what other methods can be used?

Hopefully, these 100 IELTS essays will be enough for you to start practising for the IELTS exam. So now that you have a set of 100 IELTS essay questions, how are you going to start preparing? Do not forget to share your favourite question by commenting in the box below. 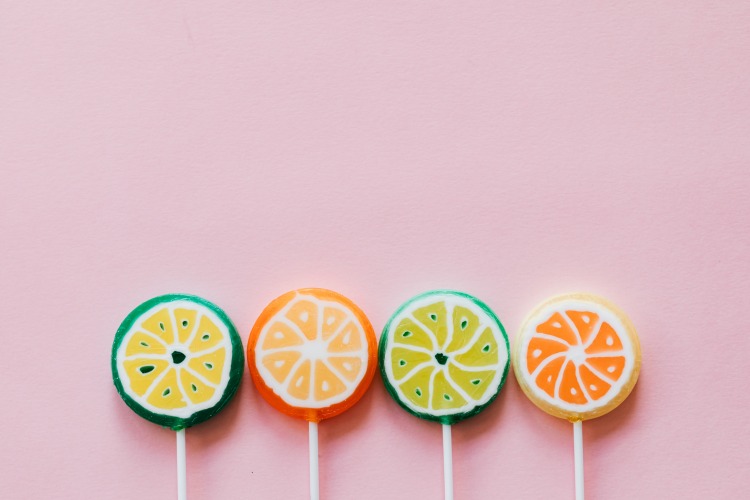 MCQ Type of Questions in IELTS Reading Exam: Here’s How to do It Matching Heading Type of Questions in IELTS Reading: Here’s How to do It 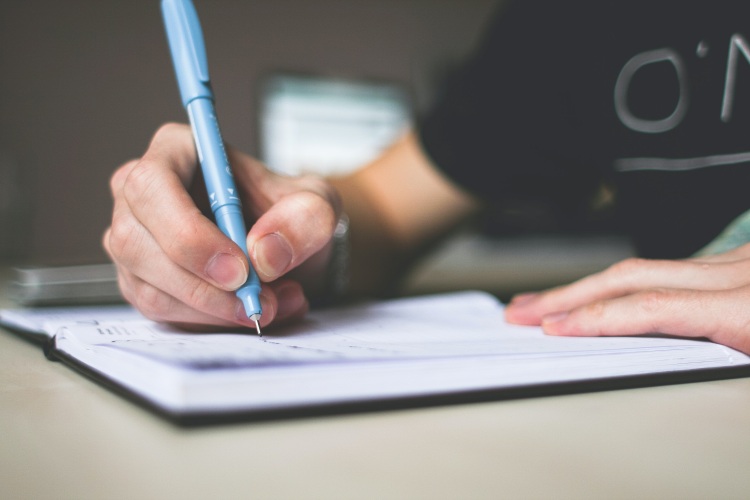