Home » Major Differences Between IELTS Computer VS Paper Based

Major Differences Between IELTS Computer VS Paper Based

Students who want to take IELTS exam can now opt for the computer-based option as well. It was first released for UK... 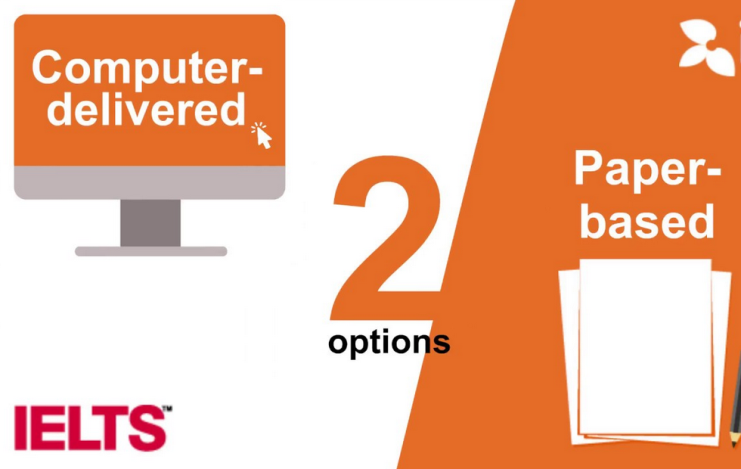 Students who want to take IELTS exam can now opt for the computer-based option as well. It was first released for UK and now the computer-based examination has expanded all across the world and now students can choose between manual and computer test. And the reason why we made this blog is to point out the major differences between these two ways of test. In this way test takers can understand which IELTS based test would be easier to handle for them as well.

IELTS General Training Test isn’t offered in Computer bases test, so in this case paper test is preferred. If you’re lagging over time then IELTS Computer test is preferred, as the slot for booking the exam test date will be available online with wide availability of dates.

So before you apply for any of the test I think that it is advisable to read the below process for both the test takers. And you can find for yourself which exam suits you better, because you have two options now and finding the best is important.

In IELTS written test candidate need to visit an official test center and take question papers to answer for Reading, Writing and Listening Test. It is required to carry HB Pencil or Ball point pen to take the paper test.

Major availability of listening test for IELTS Paper test will take time, as it is to be taken by certified makers who should ensure their reliability. This answers sheets will be later analyzed by Cambridge Assessment English and the results will be published then.

Important Information about paper based test

So the reason why the paper based test takers might be decreasing are listed below and these are only some of the ground information.

The IELTS computer-based test is preferred as it brings faster results with multiple sessions per day. It was in 2016 when the Computer based test has been introduced in more than 20 countries for candidates. Since then the training for Computer based test have grown up higher and wide options to test takers are been provided.

This test marks with Security, Integrity and Trust with stakeholders. The Computer based test makes it easier for test takers to choose their test date with widely available range and will be given results in less than a week. The particulars of test as timing, structure, content and form are same for both Paper test and Computer test.

The major speaking test is always scheduled face to face through an organized trainer. There are many other institutes that provide you training for Computer based test, indeed making it easier to crack the test. Candidate should listen the audio carefully and answer each answer delightfully, as you can’t make re-take the question once submitted.

Answer sheets will be analyzed by Cambridge Assessment English and their work becomes easier, as Computer test provided much easier way to analyze the test answers.

There might be students who prefer paper test but there are some clear advantages when you select the computer test and they are:

Well, these were the major differences and way of working of the two IELTS exams and at the end it is , up to you to select the best out of the two. It is true that the paper-based has been around for years but computer based test takers are increasing  as well.

Also Find us on
Up Next: Importance of Word Order in IELTS