As you are probably aware, in the IELTS academic writing task 1, you are asked to interpret diagrammatic representations of certain data.... 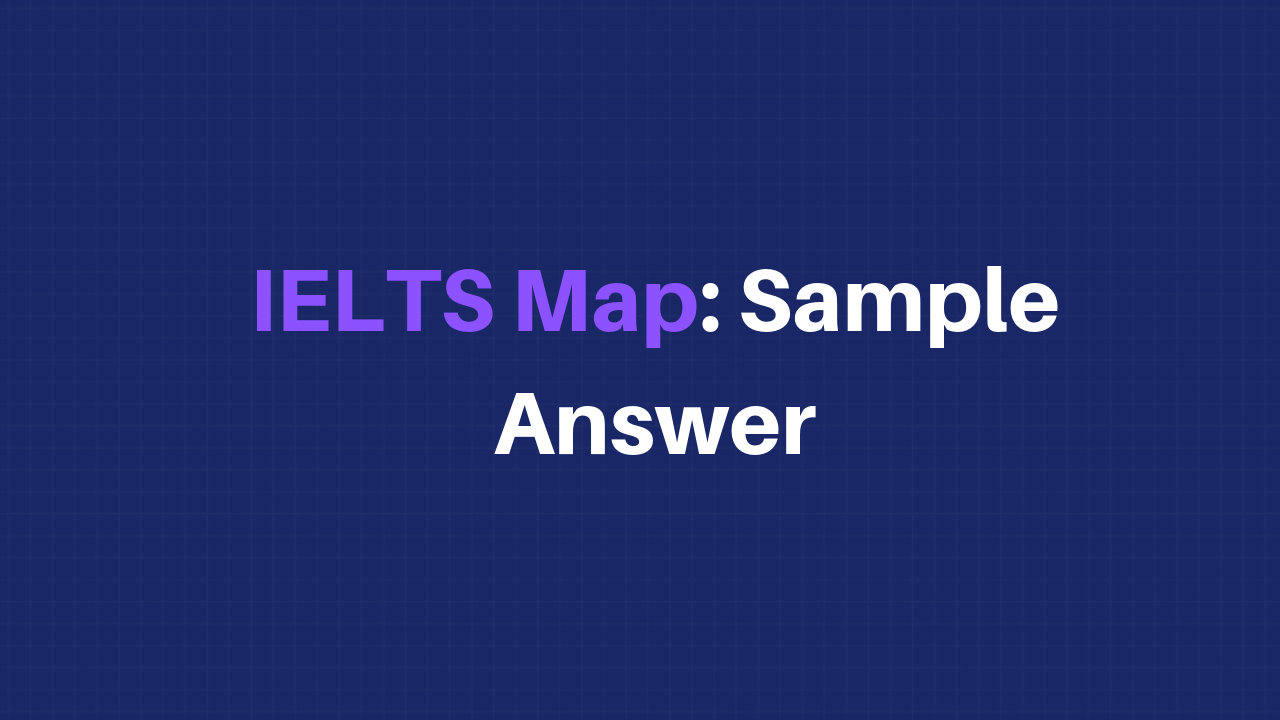 As you are probably aware, in the IELTS academic writing task 1, you are asked to interpret diagrammatic representations of certain data. Sometimes you have to describe pie charts, sometimes tables and sometimes maps.

Describing maps are definitely not something that you have to worry about. There are several things you should keep in your mind and that is all. Since the writing task 1 is the shorter of the two, where you will need to write at least 150 words, you must be well equipped with proper vocabulary to nail this task effectively.

The first kind is quite rare. Here you only need to use the simple present tense and it requires no comparisons to be made.

The second kind comes up occasionally and requires you to use present and future tenses. This kind of question is normally about the future development of a town or city.

The third is the most common and we will focus on this in our article here.

You will normally be shown two maps, and will be asked to select and report the main features, and make comparisons where relevant. You will have to use both present and past tenses to describe the maps and how the town has developed. Also, as this is a man-made process your essay should be in passive voice.

How to Structure a Map Description Essay?

The structure of the map description essay is simple:

Paragraph 1– Should include the paraphrase of the question.

This is where you should make two general statements about the map. You should describe the maps generally and write about the most noticeable differences between the two maps.

This must include three to four sentences about specific changes that have occurred.

Another three to four sentences about specific changes that have occurred. You can group information together in paragraph 3 and 4 by time or location, depending on the question asked.

This is how a Band 9 answer should look like:

Q. The maps below show the centre of a small town called Islip as it is now, and plans for its development.

Summarise the information by selecting and reporting the main features and make comparisons where relevant.

The diagrams illustrate some proposed changes to the central area of the town of Islip.

It is clear that the principal change to the town will be the construction of a ring road around the centre. Various other developments with regard to shops and housing will accompany the building of this road.

Looking at the map of Islip as it is now, we can see that a main road runs through its centre from east to west. The second map shows the planned pedestrianisation of this road. Traffic will be diverted on to a dual carriageway that will form a ring around the town centre.

Vocabulary to express General Changes in a Map

While comparing two maps you must describe the noticeable changes between the two. To do so effectively here are some examples of general statements:

Maps are all about locations. Therefore, to describe locations clearly you must use a range of relevant vocabulary. Some are listed below:

Describing maps in IELTS academic writing task 1 is all about using the correct vocabulary and understanding the maps. While practicing you must focus on the kind of words you should use and the structure you must adopt. With this you can easily hope to achieve a good score.