Explaining the data on a table in the IELTS Academic Writing Task 1 is quite common. Such essays are not like the... 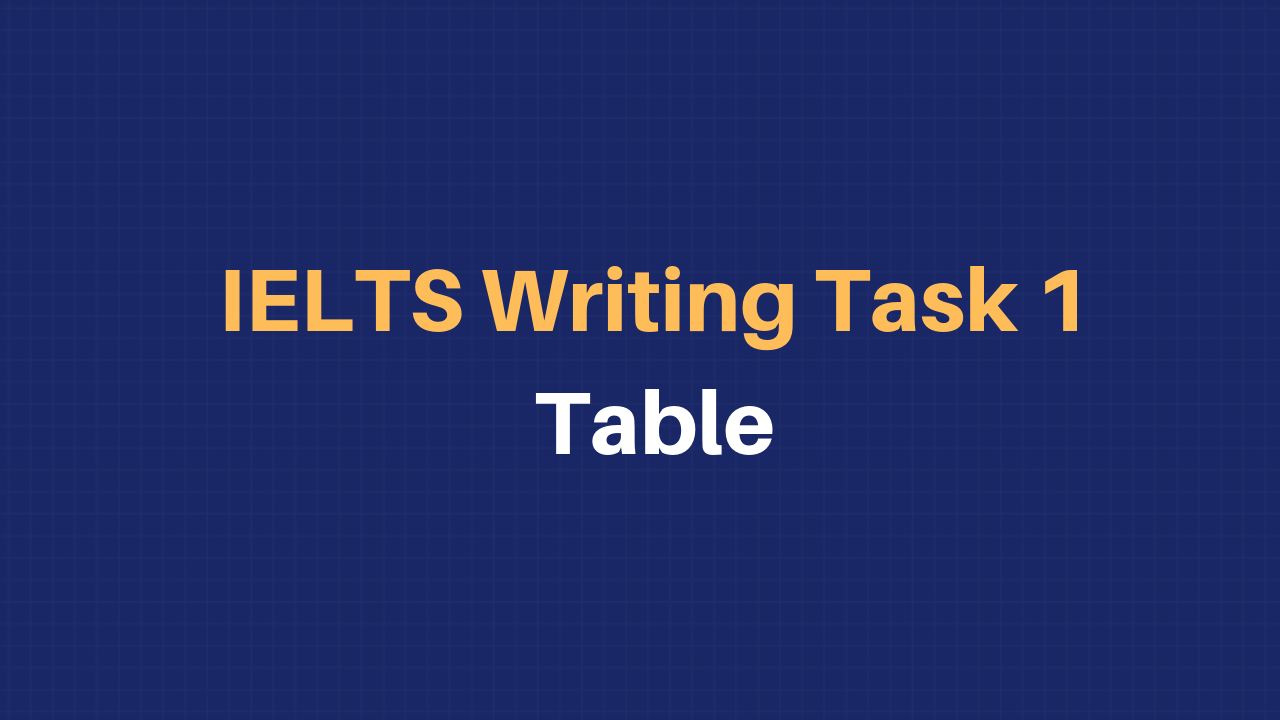 Explaining the data on a table in the IELTS Academic Writing Task 1 is quite common. Such essays are not like the ones you are familiar with. These are kind of analytical essays and require to be written in a certain style.

While there are quite a number of types of such questions, we will focus on the explaining table type questions here.

How to Structure Table Essays?

IELTS Academic writing task 1 structure is usually depends on the type of chart you are asked to write about. Normally we follow a four paragraph structure with a concluding paragraph. However, in case of line graph and table we do not write a conclusion as they are not discursive essays.

Here is a rough structure that you can follow:

How to Identify Key Points?

This is often the area most students struggle with. This is because of one main reason: lack of prioritising ability. Prioritising means you should choose two or three significant features and just write about these. The question often specifically says ‘select main features’, so examiner expects you to do this. There should be 2 or 3 main features for you to comment on.

If you are unable to do this you are automatically tempted to write about every single piece of data you will find. This doesn’t allow you to summarise effectively. You must remember that this is a summarising task. Writing a lengthy overview and spending too much time on this task won’t help you in any way.

Here are some things you should be looking for to include in your discussion:

Looking for these things should allow you to pick out the most important features.

Another thing you must not do is, overthink the question. It is often tempting to think that the answer is too obvious and therefore not write about it. A common main feature is a general increase or decrease. Some students see this as too simple and ignore it all together. Reporting the obvious or simple features is just as fine.

The table below shows the number of medals won by the top ten countries in the London 2012 Olympic Games.

Summarise the information by selecting and reporting the main features, and make comparisons where relevant.

According to the presentation, USA won the highest number of medals which was 104 and they also got the highest number of Gold and Silver medals. The highest number of Bronze medals was won by the Russian participants which were 32. Two Asian countries were in the top-ten-list, in terms of their medal winning, were China and South Korea. China won 88 medals in total, of which 29 were gold medals. South Korea was in 5th position with their 28 total medals. UK and Russia were in 3rd and 4th positions respectively with 65 and 82 medals. Though Russia won more medals than the UK, they were in 4th position because of the fact that the UK participants won more gold medals which seem to have better points than silver and bronze medals to be in the top position. The other countries who were in the Top-ten-list were Germany, France, Italy, Hungary and Australia with less than 50 medals in total. The least gold medal winning country was Australia and they were in the 10th position of the list.

The table below gives data on the hour of leisure time per year for people in Someland.

Write a report for a university lecturer describing the information in the table below.

You should write at least 150 words.

IELTS academic writing task 1 can be easily nailed if you have the right ideas and the right writing style. An appropriate structure and a smooth discussion of the key points are sure to add volume to your scores.

41 Idioms for IELTS You must Know