In the Speaking test, students are provided with cue cards and they have to speak for the topic for about two minutes. The student will be given a minute to prepare for the topic. The speaking test is one of the most important aspects of the IELTS exam.  The examiner will also have some follow up questions for you after you complete your piece.

One question that is frequently asked in the IELTS exam is to describe a film you watched or describe a film that made you think a lot. Let’s see some different approaches to answering these questions.

The prompts for this topic are:

I am what people generally call a movie buff. I have seen a variety of movies over the years in different genres, ranging from drama, fictional, and mythology to comedy, thriller and horror. But, one movie that made an undying impression on me was ‘Moneyball’. This is a movie which I would recommend to each individual.

Based on the book by Micheal Lewis this movie follows Billy Beane, general manager of the Oakland A’s, who one day has a realization: Baseball’s conventional wisdom is all wrong. Faced with a tight budget, Beane reinvents his team by outsmarting the richer baseball teams. Joining forces with an Ivy League statistics graduate Peter Brand, Beane prepares to change the way teams are run in the league. He recruits players whom the scouts have labelled as flawed, but have potential to triumph in the big league.

Who You Watched it With?

Why do You Want to Share it with Friends?

Ever since I watched this movie I have not been able to take it out of my mind. The movie was inspirational and it showed how for a team to succeed, the resources are not the only thing that matters but also the men at the helm. It showcased how a sports team is run and everything might look flashy on the outside but it takes a lot of work for a sports franchise to keep it that way.

Thus, I consider why every individual needs to watch this film, and I would certainly recommend this to my friends.

I’ve seen a lot of movies in my life, but I would like to talk about a movie which I watched not long ago and it left a lasting impression on me.

I watched a Bollywood movie called ‘Piku’. This is a movie that follows the relationship of a father and a daughter, and how a road trip brings a daughter closer to her ageing father, who despite spending their lives together fight over trivial issues.

Who You Watched it With?

I watched this movie alone in my dorm room, and it made me emotional. I could not stop thinking about how I had stopped talking to my parents regularly ever since I moved to attend college.

Why do You want to Share it with Friends?

The movie had an amazing story, all the actors gave some exceptional performances, you get to see stellar actors like Amitabh Bachchan, Deepika Padukone, and Irrfan Khan together in a movie, and the reason why I would recommend this movie to all my friends is that you would understand the importance of a child-parent relationship. This movie tells us, that as our parents start becoming older they start to become our children and how we need to devote a small share of our time from our busy schedule to our parents.

Thus, I consider why every individual needs to watch this film, and I would certainly recommend this to my friends.

You’re just tried on the capacity to talk smoothly, utilize distinctive vocabulary, forestall language structure mistakes, and state words well decisively. You might have gotten an idea of how to deal with and judiciously answer cue card questions at this point. In the primary IELTS exam, the more you attempt to respond to these example questions, that much better you can do.

By reading out for this article, you can rehearse a connected strategy for IELTS cue cards. You ought to make sure to construct a set for the reaction to cause it to feel more open and real. If you practice and read enough articles you will get a proper idea on how to deal with such questions without any problem. If you want to know more about such questions, click here. Describe a Place You like to Visit but You don’t Want to Live There: Cue Card for IELTS Speaking Preparation

Describe an Educational Trip You Went on in Your School Days: IELTS Speaking Cue Card Topic 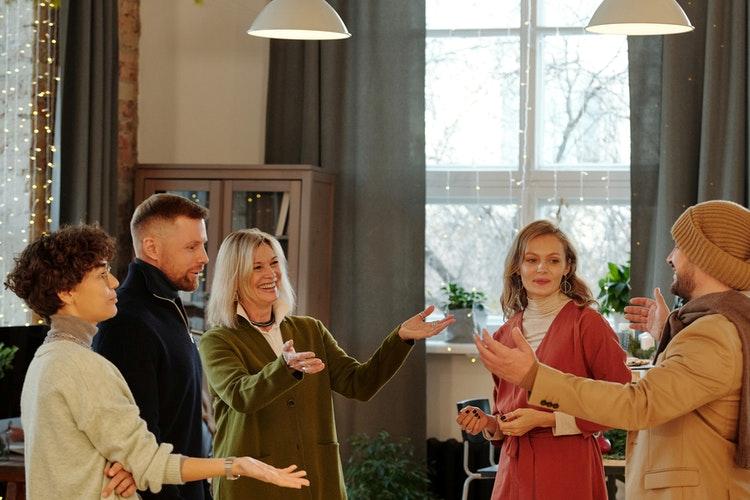 Describe One of Your Family Members You Spend the most Time With: IELTS Exam Cue Card Question

Prevention is Better than Cure: Learn How to Write an IELTS Essay

What are Collocations in IELTS? How Can You Improve Your IELTS Vocabulary?

What should I Prioritize: Learning Vocabulary or Collocations for IELTS Preparation?