Describe a situation when a known person solved a problem sensibly.
When it was?
Who it was?
What was the problem and how he solved it?
Do you think you often act sensibly?

Sample Speech:
Its a saying that “a stitch in time saves nine” – an action done or step taken sensibly in time can save you from forthcoming problems or reduce the effect of that problem .
Keeping that in mind I can remember an incident which one of my good friend shared with me lately and I am glad she acted promptly and sensibly in that stressful situation .
One day my friend’s toddler was stuck up in the bathroom and was not able to open the latch from inside , my friend was also trying it from outside but it was proving to be a tedious task , she remained calm and focused , called up her husband , called up a key maker but she knew it will take time for them to reach home so she thought of a solution.
The door was not opening with a key simply because the latch was not pierced as it was newly built house , so she decided to bring a screw driver , pierced the latch with it and then opened it with the key and saved her child .
if we think of that situation now , a spark shivers down the spine by imaging what could have gone wrong for the child who was locked inside , he might have hurt himself , he might have slipped and imagine the howling and crying !
But her sensible decision to try a screw driver and not wait for others to come and help her did the wonder !
So I firmly believe that in difficult situations if we remain calm and use our common sense we can easily devise a solution.
As a sensible adult I often try to think logically and act sensibly as much as I can ! 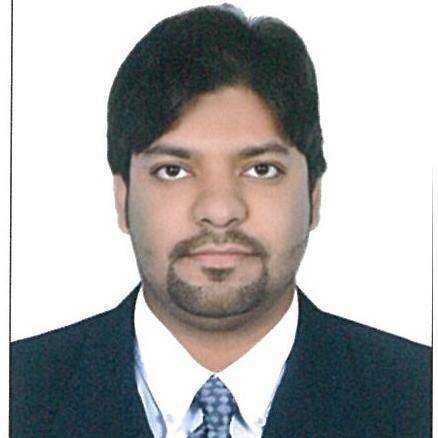 Zeeshan Iqbal shares his experience with the IELTS Ninja Team and how he scored more than he desired.